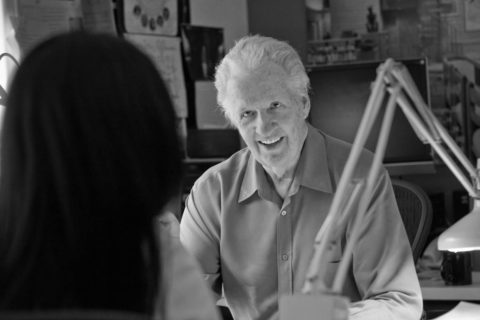 Vernon D. Swaback is an Architect and Planner. He began his training at the University of Illinois before moving to Arizona in 1957 to become Frank Lloyd Wright’s youngest apprentice. He remained with the Wright Organization for 21 years where he served as Director of Planning and was responsible for many of the organization’s major architectural projects. In 2004, at the request of Frank Lloyd Wright Foundation, he served as the organizations CEO and interim President. He founded SWABACK as an independent practice in 1978, a 40 person multi-disciplinary firm headquartered in Scottsdale. The firm provides planning and architectural services for a wide range of urban planning and comprehensive architectural services for institutional, commercial, and residential involvements.

Mr. Swaback has been an early and on-going crusader for the value-creating power of orchestrated planning which he applied to the 1,040 acres surrounding Arizona Biltmore Hotel. His experience includes a continuous 20-year involvement in both planning and architecture for the historic 5,000 acre Village of Kohler, Wisconsin, including creation of the town’s second Fifty Year Plan, for which the first Fifty Year Plan was developed by the Frederick Law Olmsted firm. His work for the 1,040 acre Arizona Biltmore Estates was considered the most difficult and significant rezoning in Arizona history. In addition to being highly successful, this work received the first ever Urban Land Institutes Excellence and Heritage award.

As an effective crusader on behalf of special-case programs, he achieved the first successful application of the Phoenix high-rise ordinance outside the Central Avenue Corridor, the first use of the city’s mid-rise ordinance, and the first use of its PAD ordinance for residential application. In Scottsdale, he was responsible for the first use of the city’s service residential ordinance to allow for office and residential uses in a single application. The SWABACK firm has prepared general plans for the town of Fountain Hills and the city of Sedona. From 1991 to 1993, Mr. Swaback directed the citizen-centered program known as Scottsdale Visioning. He is the planner for the 2,600 acre Mountain Park Ranch, the 8,000 acre DC Ranch in Scottsdale and the 5,600 acre Anthem Arizona. He is the architect for the City of Scottsdale Cactus Park Aquatics and Fitness Center, and for a wide range of environmentally sensitive public and commercial projects, including SWABACK'S own Studio headquarters complex which received the top AIA Award in the State. Along with client-related services, Vern has long pursued on-going research, periodically resulting in both published papers and books. His focus is on what he see as the coming together between the value-creating artistry of architecture and planning with the ever increasing reach of technology. While technology, all by itself can be used for good or ill, when used in support of the environment and community-centered goals of doing more with less, it can be a powerful tool.