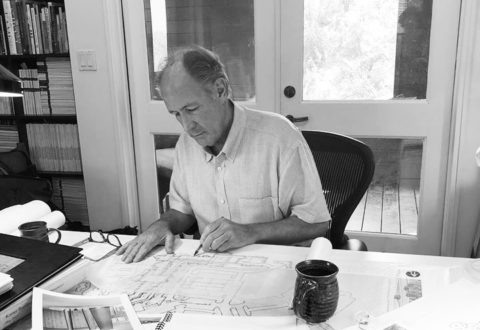 Mr. Sather is a senior partner of the firm and has been involved in virtually all of its award winning Community Design and Architectural projects for over thirty five years. He is a skilled strategist, manager, land planner and architect.

His land planning involvements include some fo the most environmentally sensitive projects in the western United States. He has been involved in community design for both the public and private sectors. As such, he brings a perspective to the project that is extremely helpful in visioning, creating demand, and entitlement strategies. He has been the principal community designer for large and small-scale projects throughout the United States, Mexico, Asia, Russia, and Saudi Arabia. His most notable involvements include the Town of Kohler, Wisconsin; Karchtner Cavern State Park, The City of Sedona Community Plan, DC Ranch, Forest Highlands Golf Community, Superstition Mountain, Talking Rock, Glenwild, Promontory, Kukui'ula on the Island of Kauai, Martis Camp in Lake Tahoe, and expansion studies for Deer Valley, Utah. These projects represent the primary and secondary home communities which span all market sectors; and he has authored the community designs for the finest communities in Arizona, California, Texas, Hawaii, and North Carolina.

Mr. Sather's Architectural involvements are centered on special case assignments where the goal of the project is to create precedent setting  designs. Some of his most well known projects include: the golf and resort/recreational community of Martis Camp in Lake Tahoe, the Chaparral Water Treatment facility and surrounding community park in Scottsdale, Arizona, the complete renovation of the Arizona Biltmore Hotel, the design of the flagship station of Univision Television Group, both Forest Highlands Clubhouses, hotels, spas, restaurants, as well as many office buildings and some of the highest end residences in the United States. He has been involved in historic renovation work throughout his career including the complete renovation of historic hacienda in San Cristobal de las Casas, Mexico as well as one of Arizona's most historic ranch compounds. He has received both local and national awards for his residential, commercial and community work, and has had numerous articles published about both his planning and architectural work. In his on-going study of architecture and community design, he has traveled to virtually all parts of the world.